The head of the Republic Ramzan Kadyrov, which the Latvian authorities have denied entry to the country, called by the Saeima adopted the decision with desire “pug” to please “the elephant” and invited all the inhabitants of Latvia on a visit to Chechnya. He wrote about this in my channel Telegram. 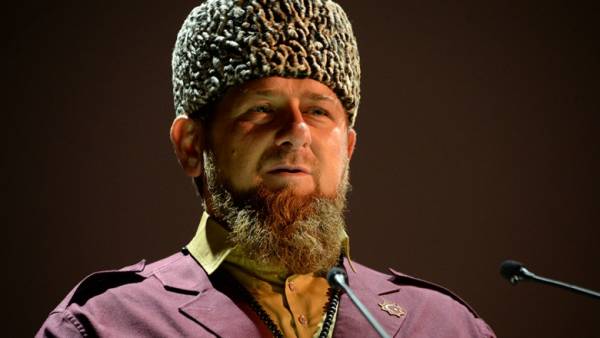 As previously reported, the Latvian foreign Ministry denied entry into the country of 49 foreigners from the so-called Magnitsky list. According to Latvian media, list is the name of Ramzan Kadyrov.

“Well, if Latvia announces us sanctions, we, as people raised in other traditions and values, we invite all Latvians on a visit to Chechnya. I know that the Seimas, when deciding on sanctions, not guided by the interests of the Latvian people, and wanted to please the elephant. What remains to be done to the pug?” — Kadyrov wrote.

The Governor also asked the subscribers how to enter Latvia, bypassing the cordons. “The fact that the visit to Latvia was the purpose of my life. Day and night, at work and at home dreaming about the trip to Riga. And now that I’ve managed to choose two or three days, the Parliament of Latvia reports that I’m not allowed. Well, very upset, not myself,” said the head of Chechnya.

Earlier in February, the Parliament of Latvia approved the draft decision, which is similar to the American “Magnitsky act”. For this document voted 60 deputies voted against it and seven MPs, three abstained. In the US, the “act on the rule of law and accountability name of Sergei Magnitsky” (the so-called Magnitsky Act) is part of the law on the abolition of the amendment of Jackson — Vanik, acting for the Soviet Union and Russia from 1974 to 2012. It entered into force in December 2012.

The law provides for sanctions against several Russian officials, including law enforcement officers involved, according to Washington, to the death of Magnitsky. In addition, the document extends the sanctions on individuals “responsible for extrajudicial killings, torture and other serious human rights violations”. The persons falling under the sanctions, were denied entry into the United States, and their accounts in us banks to be frozen.