To establish the relationship between Crimea and Ukraine is possible only through “word of mouth”. This was stated by the head of the Crimea Sergey Aksenov in the air of the program “week” on NTV. 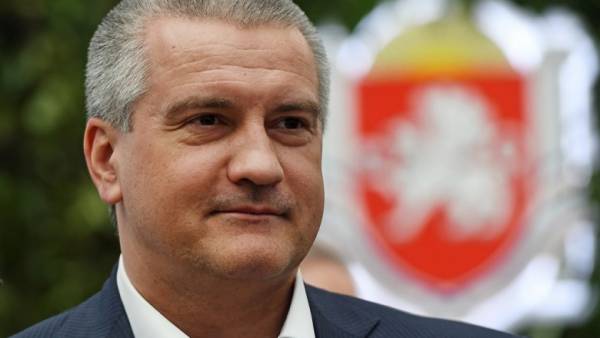 “There is the best means of communication today because of the media, you see, persecuted in the Ukraine, despite the fact that they claim that they are democratic state,” he said.

According to the official, the Ukrainian mass media are unable to report reliable information about the situation in Crimea, but to obtain objective information through the Internet or on the Peninsula. He noted that every year in the Crimea from the territory of Ukraine arrives to 500 thousand Ukrainians.

“We have no bias. Our friends, brothers, please. For God’s sake. All those with peaceful intent came, we will be glad,” — said Aksenov.

In a referendum in March 2014, voted 90 percent of respondents were in favour of reunification with Russia. In the same month, the relevant law was signed by Russian leader Vladimir Putin. Ukraine and most Western Nations do not recognize Crimea as part of Russia and consider the results of the referendum illegal. Moscow insists that the Peninsula became part of Russia legally.