For the Russian Navy will build a new aircraft carrier

Moscow. 25 Feb. INTERFAX.RU — New aircraft carrier is a complex build for the Russian Navy, said the head of the Institute of shipbuilding and armaments of the military educational and scientific center of the Navy of Ministry of defense of the Russian Federation Nikolay Maksimov. 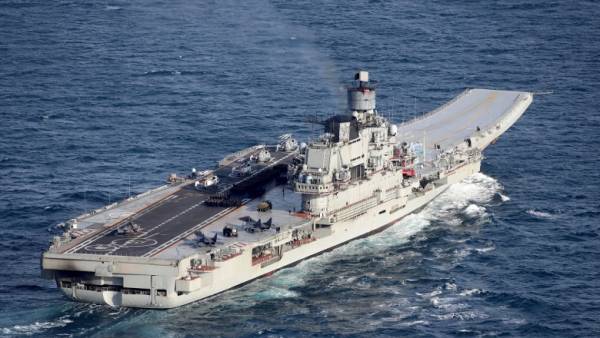 “Envisages the construction of the aircraft carrier complex, which will include actual aircraft carrier, air wing and the system of location”, — he told on air of TV channel “Zvezda”.

A new aircraft carrier will combine the springboard for take-off and accelerating device, said channel head of Department of forward planning of ships of the military educational and scientific center of the Navy of Ministry of defense of the Russian Federation Vladimir Pepelyaev. “If you combine the jump and overclocking the device, then we will increase opportunities off weight of the aircraft,” he said.

According to him, on Board the aircraft carrier will be based on the Russian fifth-generation fighter, the su-57, in the case if the decision on the establishment of its marine version. “He (su-57 — if) will be adopted for the deck, if it is decided,” said Pepelyaev.