WASHINGTON, 23 Feb — RIA Novosti. The US does not consider the Russian fifth generation fighter, the su-57 as a threat to their military operations in Syria, said Pentagon spokesman Eric Pachon. 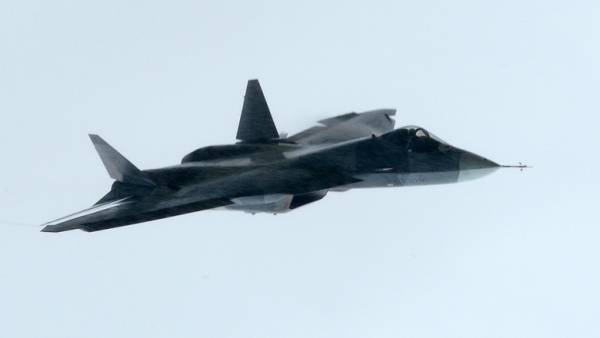 Earlier media with reference to social network reported that the Russian base of videoconferencing in Hamima arrived two fifth generation fighter, the su-57, which are currently undergoing flight testing and is not yet adopted.

The head of the Duma Commission on legal support to the development organizations of the defense industry Vladimir Gutenev has told RIA Novosti that the appearance of the su-57 in Syria could be a deterrent for the air force of neighboring countries, which periodically invade the airspace of the Arab Republic, not excluding the possibility of sending new fighters to this country.

“We do not believe that these fighters (su-57 — ed.) will become a threat to our operations in Syria, and we will continue their (operations — ed.) properly,” said Pachon. He added that the deployment of new fighters in Syria would contravene the statements of Moscow about reducing its contingent.

Su-57 (formerly known as PAK FA) — Russian fifth generation fighter. The first production batch of 12 aircraft is scheduled to be delivered videoconferencing in 2019.