In Poland demolished the monument of gratitude to Soviet army, writing, media

The monument of gratitude to Soviet army demolished in the city of Lidzbark Warminski in Northern Poland, reports news Agency PAP. 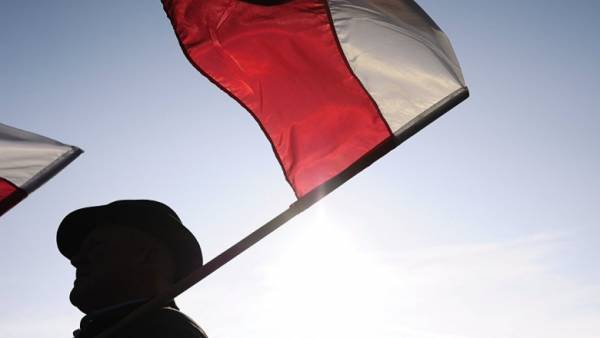 “In Lidzbark Warmiński dismantled the monument of gratitude to Soviet army. In accordance with the changes made to the law on decommunization, such objects should be eliminated by the owners of the territories until the end of March,” — said in the message.

The monument was opened in 1949 at the intersection of Bartoszycki and Warminski. After 1989 it was dismantled by the red stars. Until recently, the area remained a concrete spire and the statue of the red army. Behind the monument, no one cared, and it came in a deplorable state. The monument was fenced with a mesh for security purposes.

The mayor initially wanted to move the concrete figures of red army soldiers at the local military cemetery, but it has not given consent, warmińsko-Mazurskie Voivod.