Elongated skulls spoke about the inequality in the ancient Andes

American anthropologist examined the skulls of the inhabitants of the Andes XII—XV centuries and find out whether changing the shape of the skull with the social structure of pre-Inca society. 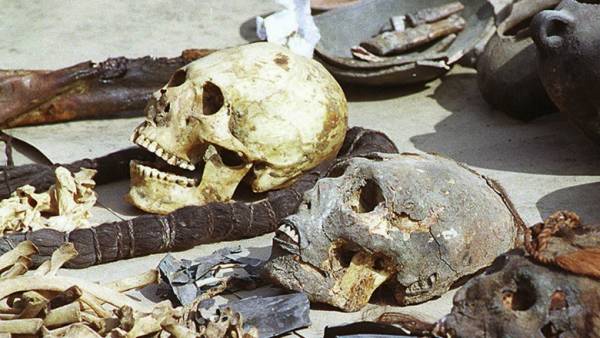 The results of the study published in the journal Current Anthropology.

The tribes who inhabited Peru before the conquest by the Incas, it was customary to change the shape of the skull their children — it served as an indicator of social status and the origin of man.

The anthropologist from Cornell University Matthew Velasco has studied hundreds of skeletons of people from the graves of the Colca canyon in the Peruvian Andes. He found that before the year 1300, the custom to change the shape of the skull was not widely distributed. In subsequent decades the proportion of people with skulls of irregular shape ranged from 39% to 73%. The author showed that, although the relationship of head shape and high social status until the end is not confirmed, women skull irregular form ate better and less experienced abuse.

The study also showed that different tribes used to change the shape of skulls, some did it more elongated, others — on the contrary, wider and flat. Later, the first “ideal” has become common. According to Velasco, the uniformity was supposed to unite the tribes in the fight against outsiders.