MOSCOW, 21 Feb — RAPE. To a position in the public service can claim a person, impeccable from the point of view of the law, and the requirements for a candidate to high office the same as the requirements to the candidate for the presidency, said RAPSI the well-known lawyer Alexey Melnikov. 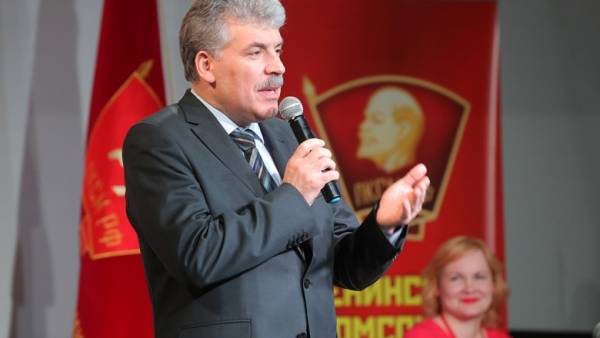 “I can’t tell that from the above facts significantly, and what is not (unclosed Bank accounts abroad, and foreign real estate — approx. RAPSI). As far as I know, Grudinin said that the account was closed, although in fact it is not confirmed, of course. I think if by Grudinina were committed clear violations of the law, the CEC has removed it from elections. But the lack of a clear decision of the CEC means that the apparent violations of the law on his side just yet. As for his plans or party plans, I would note that the candidate for President must be flawless from the point of view of the law. That is the law, not his interpretation of someone else. Demands for the high posts are the same as the candidate, therefore, if you have foreign assets, for example, it is impossible to occupy a high position — neither Ministerial, nor any other,” — said Melnikov.