MOSCOW, February 21. /TASS/. Chairman of the organizing Committee on holding the Year of the volunteer in the Russian Federation, first Deputy head of the presidential administration Sergei Kiriyenko called “not bureaucratic” volunteerism and create all the necessary conditions for the further development of volunteering in the country. 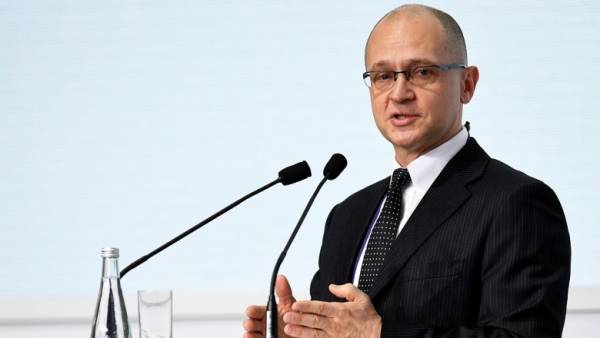 “Obviously, volunteers in Russia is a very powerful unit, about 15% of our citizens are participating in volunteer projects, and an even greater number of people says that with pleasure would participate if they understand how it can be done if they are presented the opportunity. Our task in this year of the volunteer is to create the necessary conditions for doing voluntary work, in fact, from this year began,” said Kirienko at the first meeting of the organizing Committee.

However, the first Deputy head of the Kremlin administration said that the Federal Assembly has already adopted a law on volunteering and volunteering, which provides creation of necessary support.

He also urged to organize the work so that “no bureaucratic volunteer organization”.

“His main value and uniqueness lies in the fact that it [volunteering volunteering] does not move from top to bottom and from bottom to top. This initiative people who have burning eyes, aches for the different areas of our public life,” he said.

The year of the volunteer