China has built the longest sea bridge in the world. What about it should know?

China has built the world’s longest bridge over a sea Strait.

State Corporation China Communications Construction built in China, the longest bridge in the world, which passes through the sea and connects Hong Kong, Macau and Zhuhai. The construction of the bridge took eight years. According to the builders, the bridge can withstand an earthquake of magnitude 8 points and must serve a minimum of 120 years.

The stages of construction 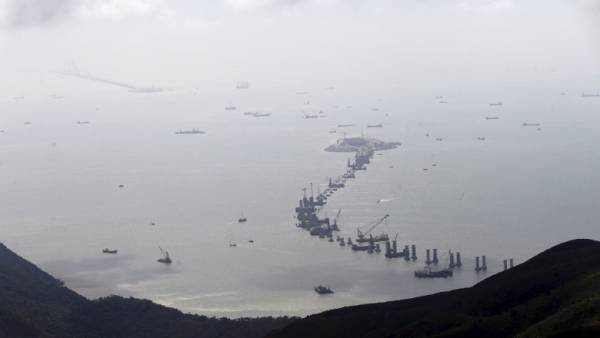 The construction length is 55 kilometers, of which 38 kilometers is the parts of the bridge. For comparison, the length of the Crimean bridge — 19 km.