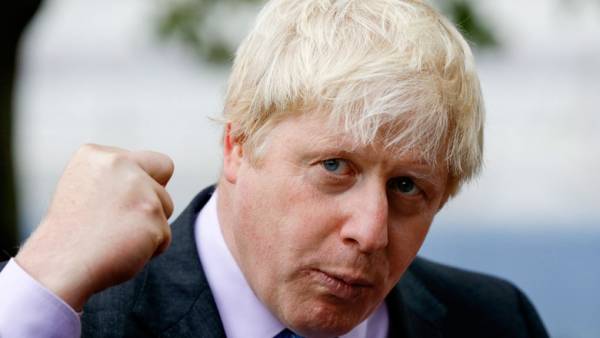 As told sources of The Telegraph in the European Union, Mr. Johnson said this at a meeting with senior officials of Germany during visits to Berlin. One of which was held in November 2016 and another in April 2017.

The interlocutors of the newspaper said that the Minister was probably talking about the difficult negotiations on the “Broksita” and had in mind the decision of the country to secede from the EU. According to the publication, at the meeting, Mr. Johnson made a call to German officials to turn “Brakcet” in economic opportunity.

Between London and Brussels remain divided on the conditions of the transition period, which must begin after the British exit from the EU on 29 March 2019. Among the main contradictions is the Kingdom to obey the decisions of the EU in the event of deprivation of voting rights in its structures, and whether Brussels to impose against London sanctions in case of failure of their claims.