Rabbits in the winter is no longer white due to warming

Climate change is making winters shorter and warmer, and in some winters there is generally more. Animals that have adapted to the game of hide and seek in the white snow, have to adapt to the new conditions. 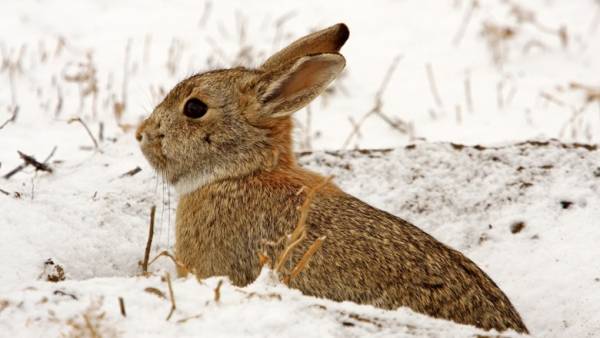 American hare in winter wears a white coat, and brown in the summer; at least, it was until recently. In the journal Canadian Journal of Zoology published an article in which biologists studying birds in Pennsylvania and in the Yukon, describe the color of the skins of hares in winter.

It turned out that some rabbits do not grow a thick white winter fur, and some are only partially white. Especially strongly this tendency is noticeable from birds living further South in Pennsylvania.

Maybe rabbits don’t grow more dense and warm white fur because it does not need a warm winter and maybe get an evolutionary advantage is less noticeable in the snowless winter of brown and grey specimens.

Hares breed worse than rabbits, and evolyutsioniruet quickly; new symptom could gain a foothold over the past few years.

To understand which of the causes make the winter brown and gray rabbits, the researchers plan on how look in winter other animals from the region: if they refuse the seasonal change of fur, then perhaps this really is about global warming.