Poroshenko has signed the law on the reintegration of Donbass

KIEV, February 20 — RIA Novosti. The President of Ukraine Petro Poroshenko during the meeting of the war Cabinet on Tuesday signed the law on the reintegration of Donbass, in which RF is called “an aggressor”. 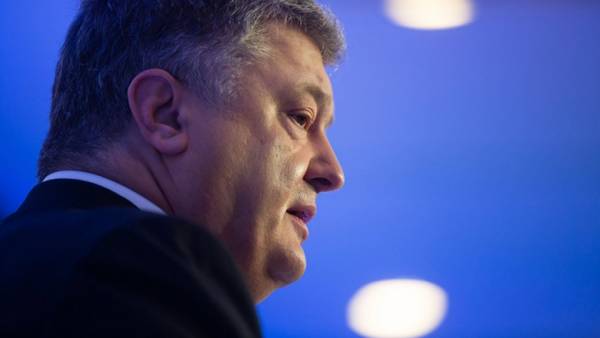 For the law came into force, the document must be published in an official publication — the newspaper “Voice of Ukraine”.

The Parliament of Ukraine on 18 January adopted the law on the reintegration of Donbass, in which RF is called “an aggressor”, and uncontrolled Kiev territory of Donbass are “occupied”. The boundaries and the list of “temporarily occupied” settlements in the Donetsk and Lugansk regions will be determined by the President of Ukraine on representation of the Ministry of defence and on the basis of proposals of the General staff of the armed forces.

Moscow has repeatedly stated that it is not a party to domestic conflict and is not privy to the events in the Donbass, and is interested in Ukraine overcame political and economic crisis.

Earlier, the representative of Kiev in the humanitarian sub-group on Donbass, the leader of the public movement “the Ukrainian choice — the right of the people” Viktor Medvedchuk said that the document puts an end to the attempts of peaceful settlement of the conflict.

The Ukrainian authorities in April 2014 began a military operation against the breakaway LC and the DNI, which declared independence after a coup in Ukraine in February 2014. According to the latest UN victims of the conflict began more than 10 thousand people.