Surovikin can lead the Russian troops in Syria, the source said

MOSCOW, 20 Feb — RIA Novosti. The commander of aerospace forces (VKS) Russia Colonel General Sergei Surovikin could once again lead the group of Russian Armed forces in Syria, which he commanded in June and December 2017, told RIA Novosti source in the defense Ministry. 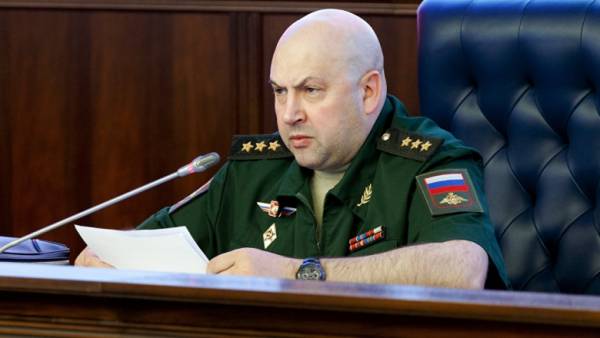 “Sergey can once again go on a business trip to Syria to head the Russian group. This possibility is currently being discussed,” said a source in the Russian defense Ministry.

However, he explained that in the case of sending on a business trip to Syria Surovikin remains the commander of the VKS, its responsibilities in this position will temporarily perform one of the deputies.

Currently, Russian forces in Syria is commanded by Colonel-General Alexander Zhuravlev, who headed in November 2017 Eastern military district instead of the City. In 2016, Zhuravlev had command of the Armed forces of Russia in Syria.

Surovikin was headed by aerospace forces in late November of last year is Viktor Bondarev, who went to the Federation Council. In late September about the future the appointment of the City told RIA Novosti sources in the defense Ministry.