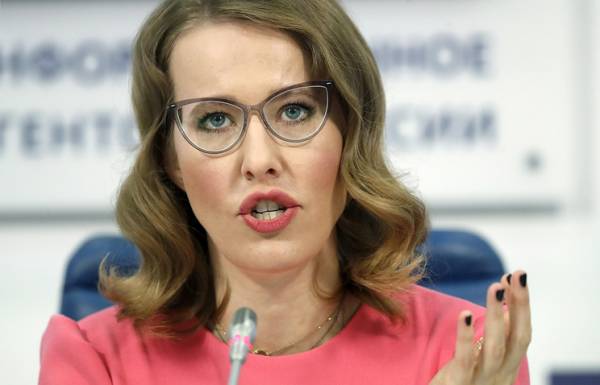 MOSCOW, February 20. /TASS/. The candidate in presidents of Russia from party “the Civil initiative” Ksenia Sobchak, said that the appeal against the decision of the Supreme court (SC) that upheld the registration of Vladimir Putin as a candidate in the election, ready.

“We’re not giving up, today’s lawyer Ilya Novikov has prepared documents for the next step – appeal to the appellate division of the Supreme court of the Russian Federation”, – said Sobchak at a press conference in TASS.