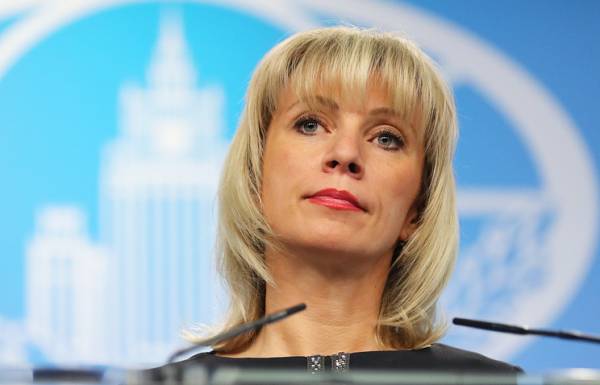 MOSCOW, February 17. /TASS/. The President of Ukraine Petro Poroshenko at the Munich security conference showed the deserted hall the flag of the European Union. This is the official representative of Russian foreign Ministry Maria Zakharova wrote on Saturday on his page in Facebook.

The Russian diplomat has published a number of photos from performances of the Ukrainian leader in various international forums. So, three years ago during his speech at the Munich security conference Poroshenko showed Russian passports, allegedly taken from the military in the Donbass as “indisputable proof” of the presence of the Russian military in the region. And in January 2015 the President of Ukraine showed from the rostrum of the world economic forum in Davos a piece of the yellow one, saying that this fragment plating bus, shot under the Volnovaha.