Poroshenko has decided to ban the flag of Russia worldwide

Ukrainian President Petro Poroshenko accused Russia of trying to “destroy democracy” and said that the Russian flag should not fly anywhere on the planet. About it reports the Ukrainian channel TSN. 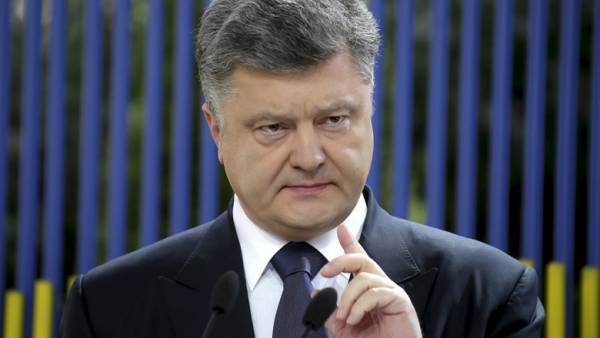 “Neither politics nor business can not be separated from values. The current policy of Moscow is no place for fair play. That’s why the Russian flag is waving on the Olympic winter Games in 2018”, — said Poroshenko at the Munich security conference.

The Ukrainian President called on Europeans to act against the recognition of the outcomes of Russian elections in Crimea and the construction of the pipeline “Nord stream-2”.

“The Russian flag should not fly anywhere, as long as Russia continues to incite the world hybrid war,” — said Poroshenko.

On the eve of the conference, February 13, Poroshenko held talks with Russian President Vladimir Putin. As reported in Kiev, the conversation took place at the initiative of the Ukrainian side and were long lasting. The heads of state discussed the implementation of the Minsk agreements.