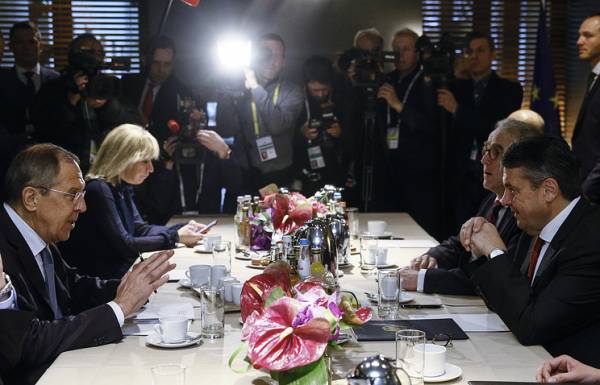 MUNICH, February 17. /TASS/. Washington intends to promote the economic interests of Europe in the guise of containment of Moscow, and the sanctions spiral, the instigator of which is the United States, interfere with business cooperation of Russia and Germany. On Saturday said the Russian foreign Minister Sergey Lavrov at the meeting with representatives of business circles of Russia and Germany on the sidelines of the Munich security conference.