The matter of “Progress” were promoted

Alexander Kirilin, the CEO of one of the leading enterprises of Russian space industry JSC “RCC “Progress””, is suspected of abuse of office that the company was harmed by €2 million SKR has already filed a motion to dismiss Mr. Kirilin, from the post he occupies for almost 15 years. 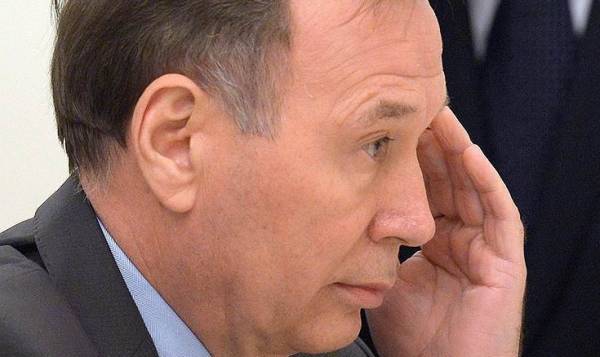 Yesterday employees SKR and FSB have spent searches in the Samara space-rocket center “Progress”. The grounds for the searches appeared during the investigation of the criminal case on abuse of official powers (article 285 of the criminal code), the General Director of JSC “RCC “Progress”” Alexander by Casilinum, who has become a suspect in the Commission of the crime.

According to investigators, the suspect concluded from one of commercial structures the contract to supply and exhaust hydraulic press at an inflated price.

“Progress” paid for the supply of €11.7 million, and the performance of delivery obligations was spent €9.7 million As consider in SKR, the RCC could purchase the equipment yourself, without involving an intermediary. The impact of $ 2 million, according to investigators, was caused by “Progress” by the actions of its management contract with the intermediary.

Today the Samara regional court of the Samara region will consider the petition of the SU TFR to dismiss Alexander Kirilina from office during the investigation of the criminal case. The investigators believe that the ex officio Mr Kirilin can exert pressure on witnesses in the case, which are mainly the employees of the RCC. “The company assists the investigators by providing all the necessary information in full volume”, — told “Kommersant” in “Progress”, commenting on the searches.

Previously, Alexander Kirilin has received a reprimand from the Russian space Agency over failure to start in November last year the spacecraft “meteor-M” № 2-1 in the composition of the carrier rocket “Soyuz-2.1 b” upper stage “Fregat”.

The booster was manufactured in Samara in record time. When you launch from the Vostochny cosmodrome have any emergency situation, with the result that the spacecraft failed to bring to the target orbit.

In addition, is still under investigation, two criminal case on the fact of abuse of authority by employees of the company. Subject to scrutiny are contracts for carrying out works on reconstruction of housing and industrial base of the RCC concluded in 2010-2015.

The charges relate to a contract for execution of works on reconstruction and technical re-equipment of one of the buildings of the company.

Contract under the Federal target program “development of the military-industrial complex of Russia for 2007-2010 and up to 2015” was signed by the company in August 2010 with some OOO. The value of the contract exceeded RUB 1 billion funds under this agreement were transferred to society in full, however, not all the works under the technical assignment to the contract have been met. However, in December 2014 between JSC “RCC “Progress”” and this, OOO signed an agreement on cancellation of the contract with the condition of absence of the parties claims against each other.

Also in 2014, RCC entered into a contract with the company on implementation of complex of works on reconstruction and technical re-equipment of production base for a total amount of 3.28 billion rubles, and in 2015 — a contract for 1.14 billion On these contracts RCC had the equipment and fully paid. At the same time employees of the company decided to enter into contracts for the supply of “additional equipment to be supplied equipment” in the amount of 185 million rubles, which the RCC re-paid from own funds.

According to the investigation, “additional equipment is not supplied as part of the package of equipment was an integral part, and was delivered” RCC informed.

According to estimates of the investigation, the actions of the employees of RCC have led to the fact that the state suffered damage amounting to more than 404 million rubles.

In 2016, the criminal became head of financial Department RCC Svetlana Kirilina, is the daughter of the CEO of the company, and Deputy General Director Sergei Tyulevin. The Svetlana Kirilina was charged with causing the company damage estimated in the sum more than 300 million rubles According to investigators, the RCC committed fraud in the procurement of the Czech machining center and Italian turn-mill machine required for production modernization of carrier rockets “Soyuz-2”.

Alexander Kirilin is one of the key figures in the Russian space industry, has been occupying the post since 2003. He managed to save it after several changes of heads of Roskosmos. Earlier, some top managers of space industry has already attracted the attention of investigators.

Ex-head of the production center Khrunichev Alexander Seliverstov and former head of RSC “Energia” Vitaly Lopota was Vice-President of the United rocket and space Corporation, but soon lost these posts, because they themselves were under investigation for abuse of authority, which entailed grave consequences (part 2 of article 201 of the criminal code) and embezzlement (article 160 of the criminal code) respectively.