The dead were not soldiers. 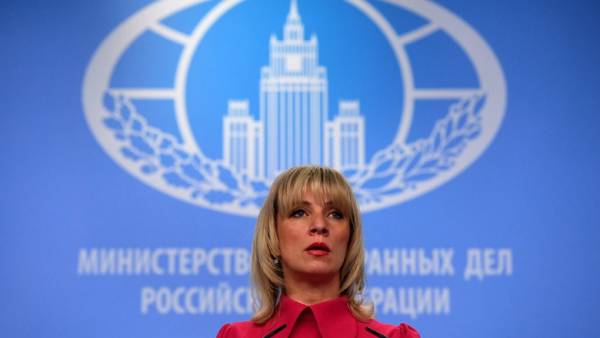 Moscow. 15 Feb. INTERFAX.RU — According to preliminary data, as a result of air strikes inflicted of the US-led coalition on government forces in Syria killed five Russians, we are not talking about servicemen, said Thursday the official representative of Russian foreign Ministry Maria Zakharova.

According to preliminary data, as a result of armed clashes, the causes of which are now being investigated, we can talk about the death of five people, presumably citizens of Russia. There are victims, but all of it requires validation, in particular in the first place, their nationality (…) I want to reiterate that we are not talking about Russian soldiers.Maria Saharanafrican foreign Ministry spokesman

The news about the death of “many of the Russian military” in the impact of the international coalition against government forces in Syria Zakharova called “classic disinformation”.

Earlier media reported about the death in Syria of five citizens of Russia that were not Russian soldiers. Their death presumably connected with the impact of the American coalition under the Deir ez-Zor.

February 8, the Central command of the armed forces of the United States said that the American coalition struck back after the headquarters of the “Syrian democratic forces” (SDF) was attacked by Pro-government forces in Syria. As a result of strike killed over a hundred people. This number called American media with reference to the representative of the coalition.

The Minister of defence of the USA James Mattis announced that on February 7 in the strike area did not have the strength of the defense Ministry, and as reported by the Russian side.

On 8 February, the defense Ministry said that Russian troops in the zone us-led coalition was not. The Agency reported that the Syrian militia, came under attack in the American coalition, not coordinated their operation with the Russian military.