Billionaire Berlusconi has told how during the Second world war, milked the cows 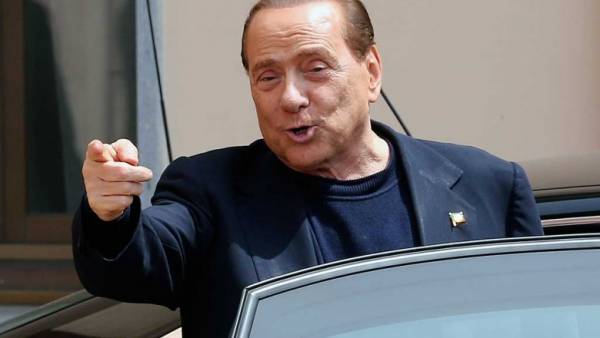 Share your childhood memories, the leader of the party “Forward, Italy” has decided during a meeting with members of the largest Association of Italian farmers Coldiretti.

I like you. During the war I was a farmer. I was eight years old, I milked the cows, and for this I was paid the then — yogurt- yogurt.Silvio Berlusconi the election speech before the farmers

Because of the previous decisions of domestic tribunals Berlusconi currently can not hold public office and therefore he does not claim to a seat in Parliament, and especially to head the new government.

Despite this, the former Prime Minister is most actively involved in the campaign, almost on a daily basis speaking at various campaign events, television and radio programs.

Largely through these efforts, the rating of Berlusconi’s party “Forward, Italy” has considerably grown, according to opinion polls, it could expect to receive approximately 18% of the vote.

The next parliamentary elections will be held in Italy on March 4. If a coalition of center-right forces, which in addition to “Forward Italy”, also includes the party “League” and “Brothers of Italy”, will succeed in the elections to enlist the support of 40% of the electorate, its leaders can claim the right to form a new government.