Xenophobia ceases to be an acute problem for Russia

The Moscow Bureau for human rights presented a report on the level of nationalism in the country. 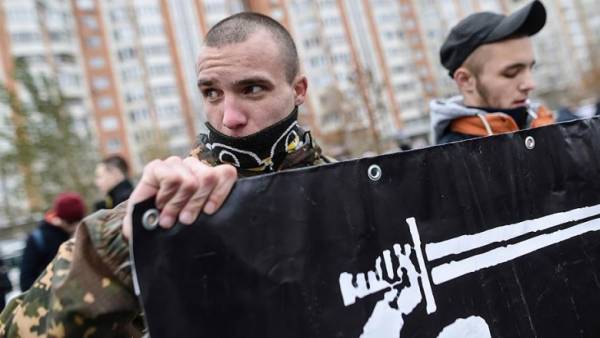 The Russians are concerned primarily socio-economic and international problems and therefore much less than in previous years, fear of ethnic and religious conflicts.

Such a conclusion contains the report of the Moscow Bureau for human rights on the aggressive manifestations of xenophobia and radical nationalism in Russia in 2017.

Experts note that “fan xenophobia” remains at a high level, and urge the authorities to pay attention to it on the eve of the world Cup.

The report was prepared by the Moscow Bureau for human rights within the framework of a project carried out with funds of the presidential grant. Member of the Council under RF President on development of civil society and human rights, Director of the Moscow Bureau for human rights Alexander Brod said that “at the present stage” the severity of xenophobic challenge in Russia is greatly reduced: “the polls decline in negativity toward people of different ethnic identity.”

Nevertheless, according to the submitted monitoring data, in 2017 the number of conflicts on the basis of xenophobia and nationalism was higher than a year earlier.

So, last year were 36 aggressive xenophobia manifestations in Russia: “From attacks and conflicts on the basis of radical views affected about 70 people, five of them were killed and at least 25 were seriously injured”. At the same time in 2016, revealed 30 “xenophobic manifestations” (injured 51 people, 11 were killed and 12 injured).

In addition, 2017 was made 43 of the act, the “xenophobic motivated vandalism” in more than 20 Russian regions: “the Peak of activity of vandalism across the country occurred in may, which we attribute to the decision of the Supreme court of the Russian Federation on the prohibition of “administrative center of Jehovah’s witnesses”, as well as regional and local religious organizations.”

The expert noted that according to different sources (VTsIOM, “Levada-center” and international sociological agencies), the Russians have less fear of ethnic and religious conflicts: “the polls that the majority of residents are concerned about international and current socio-economic problems.”

Among the continuing challenges Mr. Ford has called “a terrorist threat that is largely abolished, but remains especially in the North Caucasus”, “the disproportionate use of measures of administrative and criminal influence”, “is not always objective enforcement regarding Internet resources.”

Despite the decline in the number of public shares the right-wing radicals, dangerous remains of the so-called fan xenophobia. Our organization has taken the initiative to strengthen this year in connection with the approaching world Cup educational work among football fans.Alexander Brod

So, on the Internet, on Federal TV channels before the football matches are encouraged to broadcast public service announcements, educational videos, “the speeches of the leaders of public opinion, which would have called on it to comply with the law and ethical norms in the course of football matches and opposed discrimination against foreign athletes.”

Mr. Brod noted that “extremely dangerous” is the preservation of xenophobic attitudes “in the power of the political-administrative environment, especially in the ranks of the enforcers called for duty to fight this evil”: “the report notes several performances, including deputies Hosomi, which caused tension after among various religious and ethnic associations.”

The report also contains recommendations for state authorities, local governments and non-governmental organizations. “It is necessary to improve the existing University programs and areas of training, lecture, teaching, and outreach projects of the anti-terrorist extremist for employees of the Ministry of interior and all relevant organizations and departments that deal with the topic of international relations, migration policy,” said Mr. Ford, noting that the need for educational projects that would involve youth. This requires to a greater extent than it is now, to use the resources of the Federal channels, as well as to create projects on the Internet.