The best mentors were awarded Wednesday at a forum in Moscow

They were representatives of the largest companies of Federal and regional authorities, as well as employees of nonprofit and educational institutions. 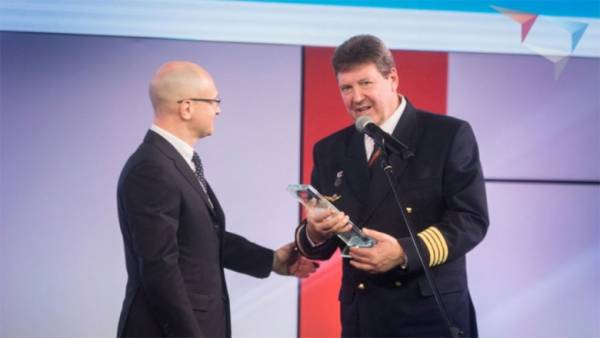 MOSCOW, February 14. /TASS./ The winners of the competition “Best practices in mentoring” awards in the all-Russian forum “Mentor”, which takes place in Moscow, at ENEA, reports on Wednesday, the correspondent of TASS.

“I want to say ASI (Agency for strategic initiatives) thankyou for this forum and the contest, which was announced. You know, these two days here in the pavilion, there was quite a special atmosphere of kindness, warmth and mutual assistance, because gathered here are very caring people”, — said at the ceremony the first Deputy head of presidential Administration of the Russian Federation Sergey Kirienko.

He was awarded the Grand Prix of the contest “Mentor of the year” the commander of the training-aircraft division of the company “Aeroflot” in Moscow to Nikolai izosimovo for adaptation of newly hired workers in all production units, accompanied by during the passage of specialized training and familiarization with the corporate culture and values of the airline. The winner among managers personal Tutors recognized as General Director of Sevmash in the Arkhangelsk region Mikhail Budnichenko.

The mentors in enterprises and in business

The exchange of knowledge in production, knowledge-sharing companies is what will propel the Russian economy forward. The more positive and correct knowledge will be available for the whole of our economy, the better we will be with you.Maxim Crescimento economic development of Russia

The best mentor in the industry was recognized as employee of the company “Severstal” Gennady Silantiev of the Vologda region for the improvement of the mentoring system. Second place in this nomination was won by the employee of the Chelyabinsk pipe rolling plant Konstantin Batyukov from the Sverdlovsk region. Third place went to mentor on the enterprise “Shchekinoazot” in the Tula region Elena McEvoy.

The winner of the “Mentoring in business and entrepreneurship” became the founder of the Factory of entrepreneurship and the Fund for support and development of business in Tatarstan Aydar Bulatov for training course “Factory of business” for aspiring and existing entrepreneurs. “Silver” went to the founder of the Foundation for support of educational programs “CAPTAINS” from Moscow Alexey Nechaev. Third place went to the Chairman of the Kursk regional branch of all-Russian public organization “Women’s business” Elena Timofeev, Elena alekseenkova.

Mentors in the social sphere and education

For mentoring in the social sphere the main prize was awarded employee of the interregional public organization “big Brothers big Sisters” Alexander Talyzina from Moscow. Second place in this nomination took the coach of the “centre for the promotion of Patriotic education of youth” by Alexander Vanyukov from Moscow for Russian project “Relay of generations”. “Bronze” was won by Olga Berezina organization of “Consent” in the Tomsk region.