The Federation Council at plenary session on Wednesday voted for the dismissal of the first Deputy Chairman of the Committee on security and defense Franz Klintsevich. 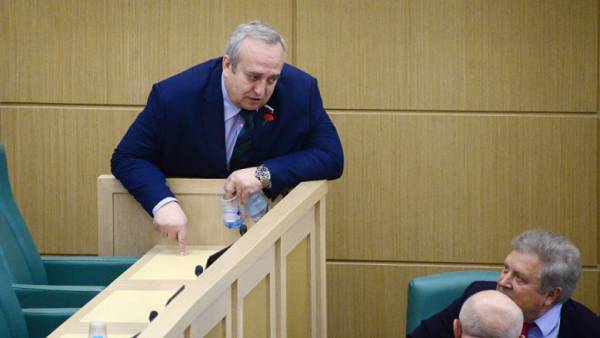 Earlier, Klintsevich has submitted a letter of resignation from his post, while he remains a member of the Committee.

The position of first Deputy Chairman of the Committee is the Senator from Karelia Alexander Rakitin. Until September last year, he was the head of the Russian Federal security service (military counterintelligence) of the Western military district.

Last summer resigned as head of the defense Committee of the Federation Council filed a Viktor Ozerov, who held this position for many years. His place was taken by ex-VC commander in chief of the Russian Federation Viktor Bondarev.

Previously, the newspaper “Vedomosti” reported with reference to sources in the Federation Council and the Ministry of defence of the Russian Federation that the resignation Klintsevich may be associated with his comments for the media.