The CEC told when to start election debates

MOSCOW, February 13 — RIA Novosti. The debate on the presidential elections in Russia will begin after the defender of the Fatherland Day, the first working day after the holiday weekend, said Secretary of the CEC, Maya Grishina. 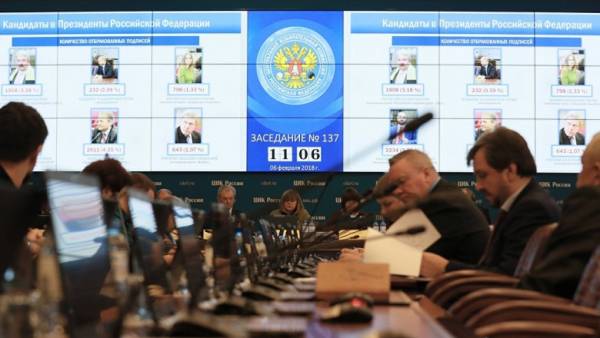 Free airtime for campaign commercials and joint debates, the candidates will be provided at the regional and Federal TV and radio channels. We are talking about five Federal TV channels (channel one, Rossiya 1, Rossiya 24, OTR, TVC) and three radio stations (“Mayak”, “Radio Russia” and “Vesti FM”).

“The debate will begin with the second campaign of the week, ie after the holiday of the Day of defender of the Fatherland on the first working day,” she told reporters after the meeting in CEC on Tuesday the draw for the allocation of free airtime.

Presidential elections will be held on 18 March. Candidates for the post of the President of Russia began eight people: Sergei Baburin, Pavel Grudinin, Vladimir Zhirinovsky, Vladimir Putin, Ksenia Sobchak, Maxim suraykin, Boris Titov and Grigory Yavlinsky. In this alphabetical order of names will be placed on the ballot.