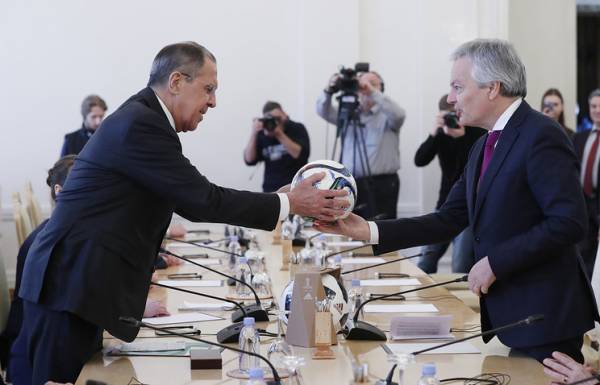 MOSCOW, February 13. /TASS./ In Moscow appreciate the desire of the leadership of Belgium to overcome problems in relations of Russia with the EU and NATO, but will not ask to cancel the policy of sanctions. This is the leitmotif Tuesday, during talks of foreign Ministers of the two countries Sergey Lavrov and Didier Reynders.