The CPS told the Russians how to eat pancakes

Memo from the office you can easily lose the appetite. 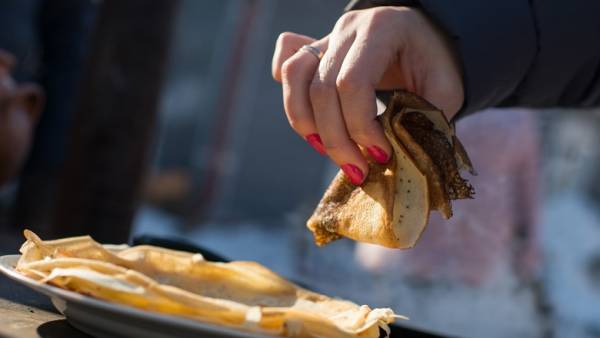 The CPS has released a memo on how not to poison pancakes on Shrove Tuesday (it starts today). It’s a simple dish, according to authorities, is fraught with a lot of dangers. Cases of mass poisoning pancakes by the Agency, but it does not say — perhaps in order not to discourage the appetite of citizens. But still recommends to be vigilant.

So, while the financiers of the world say that the most risky is to invest in bitcoins the CPS think that is really risky to buy ready — made pancakes. Don’t want to risk it — study the packaging. It must be integral, without defects. Must specify composition, date of manufacture, shelf life and storage conditions. And indicators of nutritional value (proteins, fats, carbohydrates), information about the presence of GMO components, and other information about prefabricated.

Sami pancakes should be about the same size, closely folded, their color can range from cream to brown slightly.Rospotrebnadzor

But worry you should not only form but also content. Carefully read the composition of the finished pancakes. Ideally, they should be made from flour, milk and eggs. But the use of milk powder, egg powder and vegetable protein is not prohibited.

If you decide to try the pancakes on the mass celebrations, make sure that the place where they are prepared to meet sanitary standards. At least in appearance: a clean workplace for the cooks, where are the toppings?