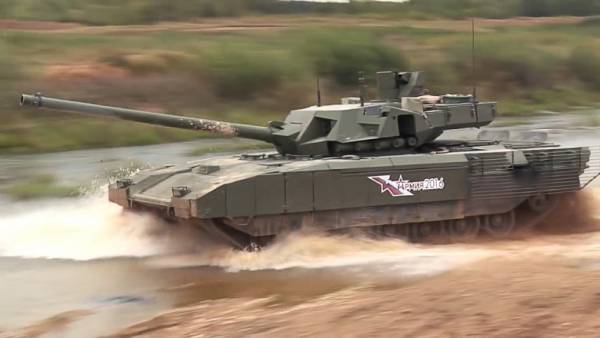 “We are not standing still. Of course, we think, working on it. After a while you will see the results of our developments,” said Potapov reporters on Friday at the enterprise, where a visit to Deputy defense Minister Yuri Borisov.

Previously it was assumed that the unmanned “Armata” can be created in 2018. A year and a half ago the chief of the head armored Directorate of the defense Ministry, Lieutenant-General Alexander Shevchenko said in an interview with RIA Novosti that “work set at two years.”

According to him, it is necessary “to create a digital device that will solve the problem on the basis of the objective situation,” but the basic issues related to robotics tank has been solved, “must be done in just one step.”

With regard to conventional, manned version of the tank “Armata”, in Armed forces of Russia till 2020 should receive 100 units for testing, said at the forum “Army-2017” Deputy defense Minister Yuri Borisov. According to him, the technique is expensive, so the military Department is not seeking to “force the issue” with the serial procurement.