During the military parade held in Pyongyang the day before the start of the Olympic games in South Korea, the audience was shown the Hwasong-15. 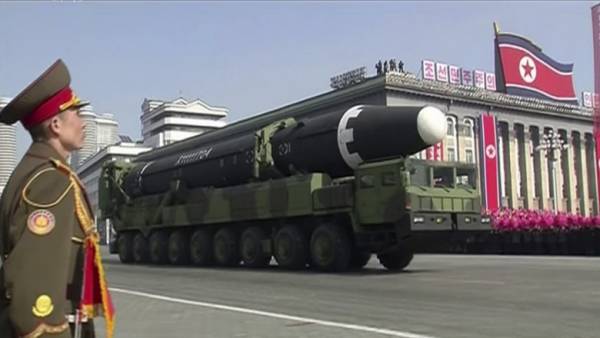 This Intercontinental ballistic missile, which, on assurances of the military leadership of North Korea can reach the U.S. mainland. In addition, the area drove trucks with missiles Hwasong-12 and Hwasong-14, tanks, artillery and BTS.

“We have to warn the aggressors who may try to disrupt or make fun of our dignity and sovereignty of at least 0.001 mm”, — quotes Agency Renhap of a word of DPRK leader Kim Jong-UN, who spoke at the parade. In addition, he added that this event should demonstrate to all that North Korea is a military world power.

However, officials say South Korea and the United States, the current parade was shorter than the previous, which was held on 15 April last year and lasted only an hour and a half compared to almost three hours last time.