NEW YORK, February 9 — RIA Novosti. The candidate in presidents of Russia Ksenia Sobchak was named the country’s problems “is not hard-earned” oil money, poor protection of ownership and corruption. 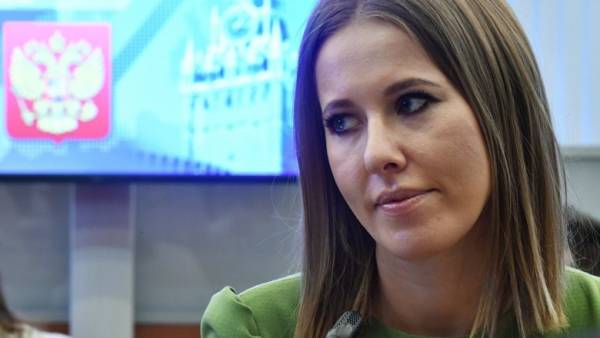 “Economic growth has not brought democracy to Russia. Fact three reasons. First of all, the oil money… We have not earned this money by hard work, need to learn to respect the dignity of work”, — said Sobchak, speaking at Columbia University in new York. In addition, this money goes into consumption, not investment, which remain at the level of 18-20% of GDP, i.e. significantly lower than in the late Soviet years, she said.

“Economics will never flourish if not protected private property,” continued Sobchak and added that the protection of private property remains one of the main points of its program.

“Third, and first, second, and all the other problems is corruption. We can’t afford to be politically correct about it. Russia is a Paradise for corrupt officials”, — said Sobchak. She promised to eradicate corruption, to accelerate economic growth.