In DND announced the establishment of the killers Givi and Motorola 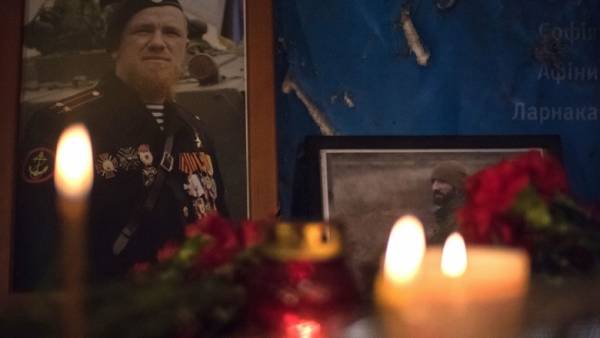 “It is established all persons who are involved in this, some are arrested. I think it will be finished this year. The killers connected with the death of Arsen Pavlov “Motorola”,” — said Zakharchenko.

The battalion commander Pavlov (“Motorola”) was killed on 16 October in the evening in your own home, in the Elevator of which the bomb exploded. The Ministry of defence DND accused in the assassination of Ukrainian saboteurs.

Mikhail Tolstoy (“Givi”) was killed in his office the morning of 8 February. For his murder was used jet flamethrower “bumblebee”. The DNR also accused in his murder of Ukrainian saboteurs.