In all serious. As the son of Jules Verne ruined the writer’s life

8 Feb 190 years ago, in fifty kilometers from the Atlantic ocean, there appeared one of the most famous science fiction writers: Jules Verne. 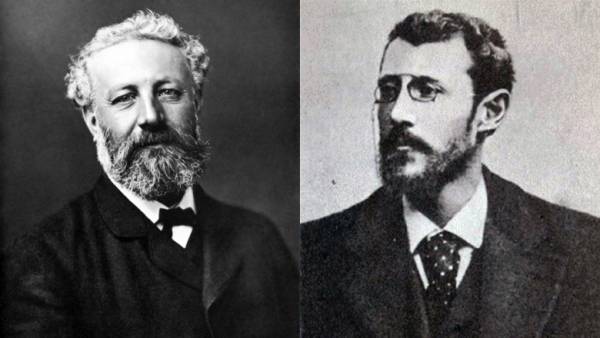 In the XIX century by the Frenchman Jules Verne was the real star: the Pope thanked him for the moral purity of the works, the Venetians under the Windows of the hotel, where the writer lived, arranged a torchlight procession… Works is still True today read the world, and researchers are still studying the vast archives of science fiction, which keep a lot of secrets.

“Please sit down, Monsieur Verne. After all that travelling you must be very tired…” — often heard in his address a famous writer. True many fans were sure that he, like the characters in his books constantly conquers the depths of the sea, flies on the balloons…

In fact exploits the writer didn’t commit, though, and loved to travel on his own yacht. He said: “I must be a born sailor and now every day I regret that the naval career had my share of childhood”.

When this writer from an early age dreamed of travelling and searching for treasure. “Dear father and dear mother! From today, consider twelve months when I will return to you loaded with gold. Don’t look for me, it’s useless, and do not hurt Fields (the younger brother of Jules Verne — Ed.) questions, he has a weak heart. I kiss you and dear sisters. Jules” — a note one night he left his parents eleven-year-old child. But your planned escape he shamefully overslept.

A month later, Verne had nearly escaped a cabin boy in India. His father, the owner of the law firm in Nantes, in time I discovered the disappearance of the son, and together with a police patrol caught up with the ship “Katharina” with the fugitive on Board.

The tragedy of the adventure was the fact that the parents saw him the successor of the boring family business. For a while Jung failed even resigned to his fate and at the insistence of his father went to Paris to study law.

In the provincial capital, the guy had a hard time. First, parents did not consider it necessary to send hasn’t tasted the Parisian temptations the young man a lot of money, and secondly, legal science weighed down by romance. However, strict father did not realize the main thing: in Paris, the dreamer became interested in theater and literature. One day, Vern told my parents: “Then I can be a good writer, but will never become nothing but a bad lawyer.” And he abandoned the legal profession.