The Egyptian air force attacked terrorist positions in the Sinai Peninsula. This is stated in the statement of the representative of the Egyptian armed forces on Friday, February 9. 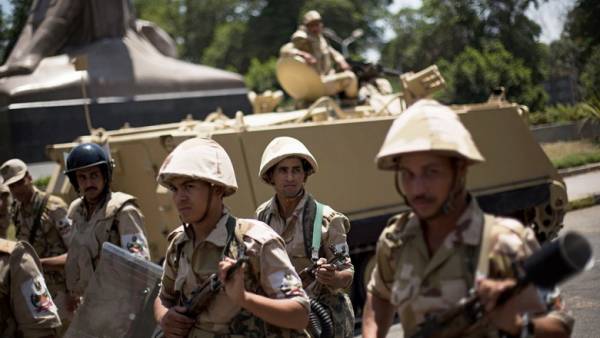 “Air force attacked the posts and depots of arms and ammunition used by terrorists to carry out attacks on law enforcement agencies and civilian facilities in the Northern and Central parts of Sinai”, — stated in the message.

It is specified that the naval forces have increased security measures to cut off the supply routes of the militants, as well as improved protection of borders and key installations across the country.

On the morning of 9 February, the army and police of Egypt launched a large-scale anti-terrorist operation in the Sinai Peninsula, and also in the Nile Delta and the desert areas in the West of the country. The population is urged to cooperate with security forces, and also to report those who may be involved in terrorist activities.

Thus, both sides win: the Egyptian security forces were able to strengthen their positions, and Israel has secured their border.

It Sinai terrorists 31 Oct 2015 blew in the air A321 Russian company Kogalymavia (Metrojet), flying from Sharm El Sheikh to Saint Petersburg. After the attack the flights were suspended between Russia and Egypt. In early January Russian President Vladimir Putin signed a decree on the resumption of regular air transport with the Egyptian capital Cairo. However, direct flights to the resort town in the South of the Sinai Peninsula is prohibited.