The Pentagon: the US wants to raise the threshold of use of nuclear weapons

WASHINGTON, February 7. /TASS./ The United States wants to raise the threshold of use of nuclear weapons in connection with the policy of nuclear deterrence. 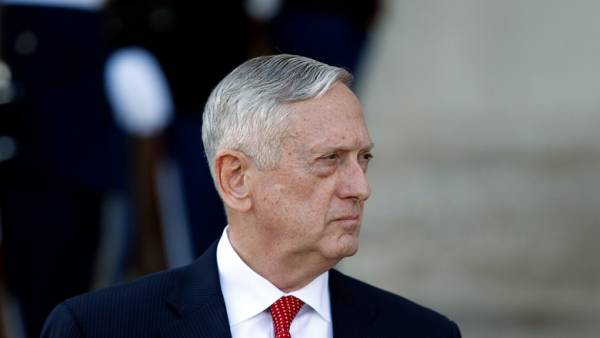 With this statement at a briefing for journalists on Wednesday called for the Pentagon chief James Mattis, commenting on the United States ‘ intention to create two new types of nuclear warheads sea-based.

“[Nuclear] Deterrence dynamic. It changes from year to year, from decade to decade. We need to take action in relation to the [nuclear policy] to contain in its current form , the idea is to raise the threshold [of nuclear weapons],” said the Minister.

According to him, the situation with the nuclear deterrence of the United States “believe that there are a number of countries, which may be mistaken — especially one.” “And this country could assume that if it’s used in the fighting with the use of conventional arms nuclear bomb of small capacity, we will not respond with a nuke with a very high capacity. Our answer is to make a bomb of small capacity and say: “make No mistake, this [nuclear] deterrence”, he said.