In the Moscow apartment of Viktor bout, who is serving a 25-year sentence in an American prison, found an underground casino. On Thursday, February 8, said “the Tape.ru” a source in power structures. 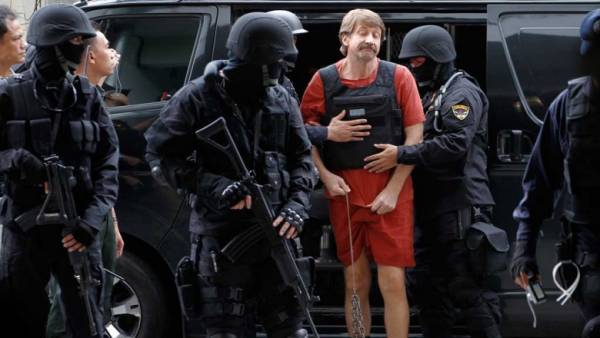 As noted by REN TV, illegal gambling establishment, according to some, was located on the street Hasek in the Central district of Moscow. During the operation, were arrested eight people and seized gambling table, chips, cards and an hourglass.

In January it became known that Booth had flu in the heavy form. Earlier, in August 2017, booth added 15 days for a telephone conversation with the journalist of RT, and for two months was deprived of phone calls.

Viktor bout, arrested in 2008 in Thailand at the request of Washington, the U.S. Supreme court in April 2012 sentenced to 25 years in the case of conspiracy to sell weapons to the Revolutionary armed forces of Colombia (FARC). In the U.S., this organization is considered a terrorist. The Russians did not admit guilt.