Scientists have found cancers of mutants that cloned themselves

Marble crayfish (Procambarus virginalis), previously popular decoration for aquariums, they have learned to clone themselves and spread in the wild. Now biologists hope that cancers are clones will help physicians in the fight against cancer. 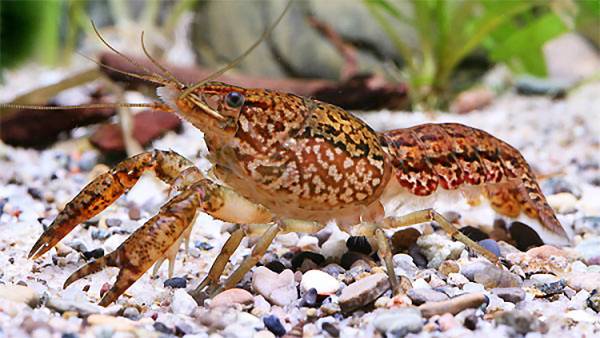 This species of crayfish was introduced in Germany in 1990-ies. Then the arthropods pet stores sold as aquarium Pets, but something happened, and the crayfish escaped and managed to spread rapidly.

From marble cancer showed a unique ability: he can clone himself.

As found by the team from the German cancer research centre in Heidelberg, the main feature marble crayfish is that they are all genetically identical clones, because females have mastered parthenogenesis (or “virgin reproduction”, in which female germ cells develop into an adult organism without fertilization).

The author of the study and General supervisor of crayfish-clones Gerhard Scholz notes that the marble crayfish are serious pests. The EU authorities have officially banned this type for sale, storage or breeding in the wild.

Researchers from Germany have sequenced the genomes of 11 marble crayfish to lock the speed of propagation, and was very surprised: P. virginalis were impressed with the speed and suddenness of the appearance. Cancers literally made an evolutionary leap forward in an instant — unheard of for representatives of the animal Kingdom.

According to the study, marble crayfish, not two, as usual, and three sets of 92 chromosomes, two are almost identical and the third differs considerably. This fact helped to assume that the individual of a new species arose from two related crayfish species Procambarus fallax, happened to be in the same aquarium.

In P. fallax and P. virginalis in the end, there were differences in the chemical modifications of DNA that explain fertility marble crayfish.

Now scientists warn that the marble crayfish begin to take over Europe and parts of Africa. Although it may seem like a plot from a horror movie, biologists find certain advantages of “cancer invasion”, reports The Daily Mail.

The “bug” in the evolution of cancers can help doctors to find new solutions in the fight against cancer because cancer cells grow in the same way — cloned themselves.