Who makes comics in Russia and why they fail.

This year, the HSE design School will score the first 24 graduates in a course on cartooning. “Storm” decided that it was a good opportunity to discuss with the bison industry, as is the situation with the Russian graphic stories and when our logocentricity people will go to looking at pictures with captions.

The new bachelor opens on the background problems that cannot be ignored: in Russia, the genre of comics was never recognized by anyone outside of the hipster subculture, trying to cosplay as the heroes of “big Bang Theory”.

And this despite the rich history of visual narrative in Russia, which the researchers attribute to the Orthodox hagiographic icons and lubok.

The American industry of comics is on the rise. Despite the fact that, in comparison with 90-mi, there was a small decline, comic books are still the last Outpost of the paper culture. The market volume is estimated by experts in billions of dollars. In fact, this market is divided between five to seven major players. For the first place traditionally battling DC Comics and Marvel — the share of these two publishers account for approximately 70% of sales. To observe their competition as interesting and pointless as for the presidential race in the United States: for example, in December the share of sales DC to 34.5% and Marvel to 33.8%. 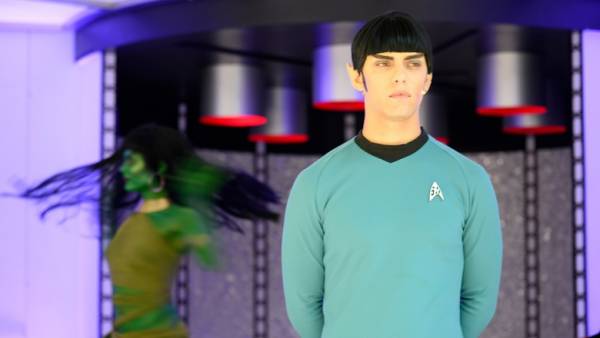 Every year at ComicCon come to 125 thousand people. In 2016, only one of the largest distributor of comic books, monthly sold 10.5 million units of printed materials to the stores of North America.

The demand was estimated at seven to eight million copies per month. Annual sales growth exceeding 4%, and for 2015 in USA opened about a hundred new stores.

However, everyone knows that America is the land of comics. Still Korney Chukovsky lamented the fact that no one can protect American children from magazines about gangsters, murderers, policemen and Superman, because profit publishing trusts too great. But the genre of comics itself is quite developed and in France, and in England, and even in South Slavic countries (recently the publishing house of the “Black hundred” has released a magnificent album “Russian comics” — the work of emigres 40 years).

Russia — the birthplace of comics

And that in Russia? It would seem that we have a visual culture, it would seem, too, has deep roots. In addition to mentioned the lives of saints, it is worth remembering at least the tradition of the Soviet poster (first of all “Windows of GROWTH” Mayakovsky) and cartoons (Kukryniksy, Boris Efimov). In each issue of “Murzilki” was spread on the tricks of the Sneak-Koryabedy. “Funny pictures” published a graphic series about the adventures of the merry men.

Of course, foreign comic books in the USSR only at the ideological level. Herluf Bidstrup was not only a member of the Communist party of Denmark, but the employee printed them on “land og Folk”. The same Jose Arnas, the Illustrator of the French “l’humanité” is the founder of the mutual Fund in addition was a veteran of the Civil war in Spain and the prisoner of Mauthausen.

In 1966 in the journal “Fire” had begun to release a graphic adventure series, Yuri Lobacheva “Hurricane comes to the rescue”, but at the request of the Leningrad regional party publication had to be abandoned in the middle of the “season”.

After the 1990s, the ideological bans were lifted, a local comic book movement developed force of a few enthusiasts. Despite the successes and breakthroughs (the magazine “Fly” supposedly produced 200-thousand circulation), sustainable development is not coming out. The lion’s share of periodicals continued to be made on transfers. A separate “full-length” graphic novels were a “thing in itself”.

Fundamentally the situation has not changed until now. If the comic does not accept the Russian land, rejects them!

Pictures for morons and 530 thousand rubles a month

In Russia, the comics remain a purely subcultural entertainment. Veteran comic movement Hihus (the cult artist Paul Dry) considers that it should accept.

The comic is like theater, it never will be commercially successful in Russia, that is my deep belief. I just don’t believe it.Paul Dry (Hihus)

Hihus says that it has sought advice from a lot of business, and to this moment they had a chance to spend a lot of money. “It was all about the re-release of some giants — like, let’s now purchase star French print them in huge circulations and Obeliksa. It doesn’t work”.

As a positive example Hihus results in the practice of the publishing house “Mann, Ivanov and Ferber” publishing comics for children and popular science books, copies of which does not exceed five thousand copies.

“That comic where something moved, needed conditions. Before they were not, now they appear. First of all, a special comic book shops, because buying comics in regular book — it’s like the showroom to come for a boat — only on the basis that it has an internal combustion engine,” — says the artist.

The same opinion is shared by Ivan Chernyavsky, partner kistiakowsky “Chuku and the Geek.” In opposition to the usual book lay the secret of their stores: sales margin of their offspring was twice lower than conventional stores.

But the dumping works well on large volumes, so all the free money was reinvested in the expansion of the range. Five years later they have opened a second “Chuk I Gik” with a profit of 530 thousand rubles in a month. And soon, people from “Chuck and Geek” created Jellyfsh Jam, which produces licensed translations of Marvel comics.

As for the own production, as Cherniavsky believes that the crisis staff in Russia is palpable. First, according to him, in order to learn how to draw comics, you need to read a lot of them. Even 20 years ago it wasn’t easy. Secondly, there is a lack of a sense of proportion, style, taste, technical skills and things like that, which should fix the education system.

“Hihus kind of kept some sort of master class, says Cherniavsky. But… there is a very different attitude to generations and groups, promoting the idea of a comic in Russia. I can confidently say that intense activity of all these enthusiasts 20-15 years ago came to nothing lead. It would be good to get away from the Moldovan party — festival “kommissia”, Hihus, who undertook to teach people without making any full-fledged comic books”.

Hihus retorted: “When in 1999 we came up with “Commission” me in a voice everyone laughed, even the actors, because that’s when comics were perceived as symbols for morons — how can they be in the exhibition hall to exhibit?! Our goal was to prove that it is a living contemporary art form”. Hihus believes that he even to a small extent managed to dispel this stereotype.

The artist, however, I agree that the industry and the pipeline is not about him. In his opinion, the industry kills art alive. He told an instructive story about how he happened to be present at the master class of the Italian Maestro Giorgio Cavazzano.

To the fact there was a queue of 200 young artists. Cavazzano looked at the works of the first forty, freaked out, jumped up and shouted: “Look! The first forty people showed me how great they know how to imitate me! If you’re here for the same reason, don’t waste time — stay only those who can show me his original style.” In the queue was four.