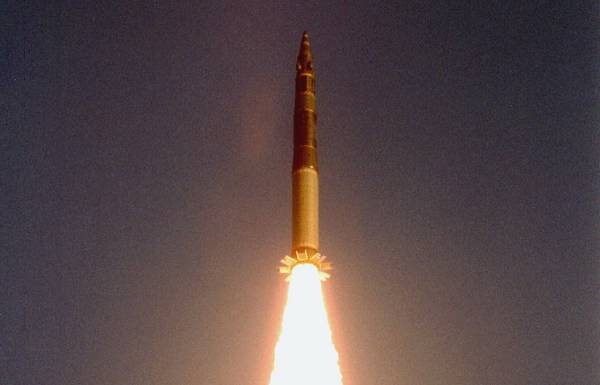 8 February 1983 with a trial in the military the Plesetsk test site was the first successful launch of a Soviet Intercontinental ballistic missile (ICBM) RT-2PM (15Ж58) mobile ground missile complex RS-12M “Topol”. It was the second launch — the first was held October 27, 1982 from Kapustin Yar and was unsuccessful.

By the way, the first three launch was conducted from a converted mine, the fourth (10 August 1983) is a self-propelled launcher. All were 17 test launches Topol, only four of them failed. In 1985, the complex on combat duty. The West missile received the designation SS-25 “Sickle”, which translated means “Sickle”.