In the “Islamic state” has over men

The media center of the Islamic state (ISIS, an organization banned in Russia), “al-Hayat” has distributed a video showing the current situation in the controlled group territories in the Euphrates valley. It is reported by Telegram-channel 4 Directorate, which monitors terrorist activity. 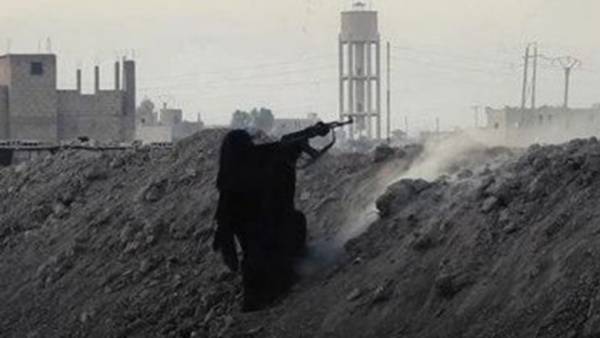 The footage first appeared women with arms that are on the front lines. Experts explain that it tells about the sorry state of Affairs for the terrorists — on the basis of the Sharia law in force in the territories of ISIS, women could take up arms in exceptional situations.

In “normal” life wives of the militants were ordered to stay at home and look after the children and widows of Islamists moved to the dorms before the new marriage.

4 Directorate notes that, despite a sufficient number of weapons and ammunition. acutely there is a question of manpower — reinforcement nowhere to take.

On 7 February it became known that an American from Texas Warren Clark decided to get a teacher of English in the “Islamic state” and sent the terrorists a resume and cover letter. The experts to whom got a document, I believe that the man had joined the Islamic state in Iraq, where currently resides.