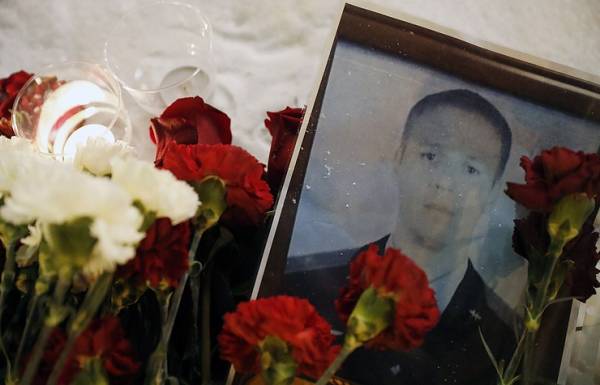 Flowers in memory of the dead in Syria, the Russian pilot Roman Filippov in front of the defense Ministry

MOSCOW, February 7. /TASS./ Driven from a pair of su-25 covered catapult and lead the fight on the ground with terrorists, major Filipova until enough fuel. Trying to save the commander, the pilot shot down at least two cars of the militants. He told about it in interview to the newspaper “Red star”.

3 Feb pair of Russian attack aircraft performed a flyby in the area of de-escalation “Idlib”. Was the leading Roman Filipov. The rebels managed to shoot it down the plane of portable anti-aircraft missile system – the missile hit the right engine. The pilot tried to keep the plane in the air, but the engines went out. Filipov ejected and took the fight to the ground.