Terracottas: how criminals using drones wanted to blow up the interior Ministry and the FSB

MOSCOW, 7 Feb — RIA Novosti, Andrei Grigoryev. A Kalashnikov, a pistol Stechkin, 800 rounds of ammunition, explosives and… a quadcopter that Arsenal were going to use the gang fighters “Sunzha Jamaat”. 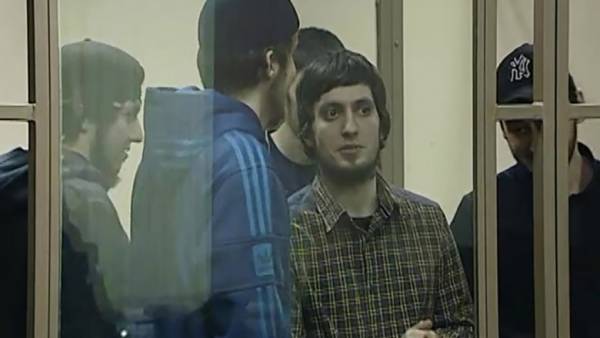 Severo-the Caucasian district military court sentenced the nine members of illegal armed formation. The bandits were preparing terrorist attacks, including with the use of drones. About the plans of the armed drone fighters — in the material RIA Novosti.

The new generation of bandits

The defendants — nine residents of the Ingush village of Ordzhonikidzevskaya. The gang leader, for two years operating in the territory of the Republic, was a 24-year-old treat, Hidamari. Four years ago he joined the squad well-known field commander Beslan Makhauri named Muhammad. On the first interrogations, Adamari stated that he shares the ideas of radical Islam and Jihad.

Group Mahauri responsible for the killing of law enforcement officers and several terrorist acts. In the fall of 2015 Makhauri together with his closest associates was liquidated during the RAID at the market in Nazran. After the death of Muhammad the leadership of the gang, called “the Sunzha Jamaat”, completely transferred to Hidamari. Her bones are made up of young people aged 20 to 25 years. They participated in the illegal purchase, possession and transportation of weapons and ammunition.

“Although in fact no victims, there was no object infringement, illegal armed groups existed and had a clear chain of command, said at the hearing the Prosecutor. — These defendants — representatives of a new generation of criminals, they wanted to keep pace with the times and use a quadrocopter in their criminal activities”. It is noted that one of the members of the group specially went to Grozny to find out the operator of the drone.

But the plans of the bandits did not come true — June 9, 2017, all of them in different places was detained by the FSB.

Ultimately, the court sentenced Hidamari to 19 years in the colony, the remaining members of the group were from 5 to 14 years of imprisonment. It should be noted that “the Sunzha Jamaat” has positioned itself a structural part of the international terrorist organization Islamic state*.

However, defendants do not plead guilty, saying that all indications beat out force. Soon their lawyers ready to appeal the verdict.