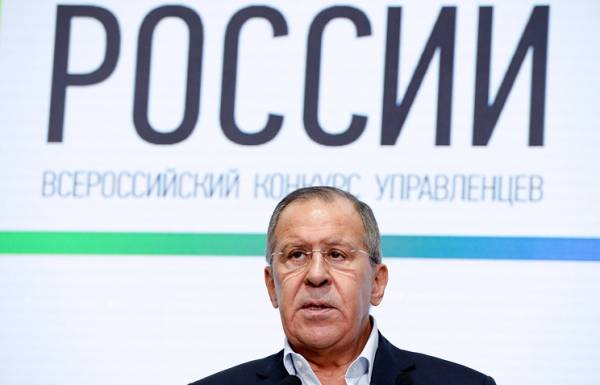 SOCHI, February 7. /TASS./ “Party of war” in Ukraine, consisting of radicals and neo-Nazis, prevents the implementation of the Minsk agreements. This was stated on Wednesday, Russian foreign Minister Sergei Lavrov, speaking during a master class for the finalists of the contest “Leaders of Russia”.