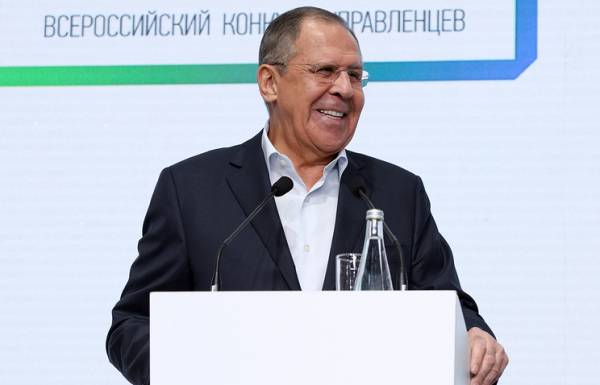 SOCHI, February 7. /TASS./ The Russian foreign Minister Sergei Lavrov on Wednesday held a master class for the finalists of the Russian contest of managers “Leaders of Russia”, during which he told the participants about the trends in world Affairs, the problems in relations between Moscow and Western capitals about the situation with international security. The Minister appeared before the audience without a tie, thus setting the tone for informal and open communication.