“A leader is not Superman»

Finalist of the contest “Leaders of Russia” told about the move to the dream through the crises. 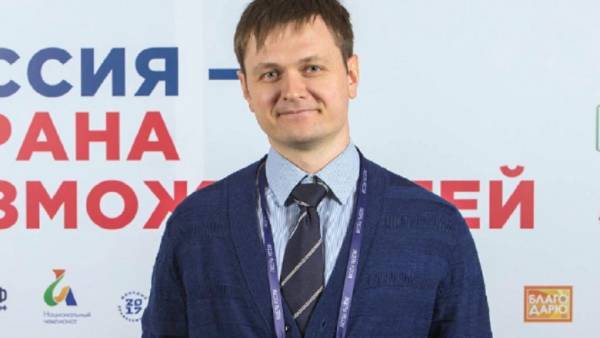 In the coming days in Sochi will host the final of the contest “Leaders of Russia”. Young leaders — managers of private businesses and government agencies will once again showcase their organizational skills. Luck will smile not for everyone, but it’s worth it. Andrey Frolov, Togliatti on the results of the semi-finals showed that he could become one of the winners. In his 38 years he is the founder and head of a successful company.

“I remember there was a time we were shooting. Directly in the neighboring yard — says Frolov dashing 90-e in Togliatti. — The police searched the young people on the streets. Just go with a sport bag for training, stop the harsh uncle: “show me what you got””.

Criminal war in Togliatti was not a life and death. In the automotive capital of Russia was something to share. But by the time of Andrew reaching the age when young people started to recruit gang brigade, the war ended. And soon disappeared themselves of the gang. Someone was killed, someone left, and there were those that legalized and went into business.

Crime period was very short-lived and, unfortunately, dramatic for many local families. But our society somehow survived it all, and Togliatti — too. We now have in the city areas where afraid to walk at night.Andrey Frolov

According to Frolov, the economic optimism in Togliatti remained throughout the 90s. Although he remembers standing in line for grains and sugar.

“AvtoVAZ” lived very well. In the late 90s collapsed only one major plant — “Phosphorus”. There was still a lot of small business people have tried to do,” continues Andrew. Parents of the future chapters of “Togliatti leasing company” refers to the economically active part of society, and the circle of friends they had become. So Andrew did not hear the house talk about how everything is bad, and sought rather to take its place among these energetic, intelligent and active people.

My mother worked as an electronics engineer, led the team that serviced the mainframes. His father served in the army, and then joined a number of builders of the banking system of the new Russia. “From him I have a tendency of financial-economic sphere. When I was 12-14 years old, his father gave something to read, to calculate, look,” — says Frolov about his first home-school.

Andrew studied at physico-mathematical school. In his school leaving certificate is only one four. With teachers carrying, especially in physics and mathematics. Class guy successfully combined sports: swimming, melee combat. But it’s not the most remarkable. Already in the eighth grade he had the opportunity to show their organizational skills. Frolov has instructed the leadership of the school radio room.

On me lay down a bunch of community activities ranging from the organization of discos and different cultural nights to the concerns of purely technical plan — maintain the equipment, set sound.Andrey Frolov

Amid youthful enthusiasm Andrew had a desire to become a filmmaker, to focus on learning, the creation of the show. But in addition to his artistic ambitions, he had already manifested a healthy pragmatism. “Stuck in my head is someone’s idea that it is more honorable to be an average businessman than an average Director,” he recalls.

SamSTU future Manager from the second year also plunged into the social life of the University: KVN, initiations into students, and so on. Of course, such an active and talented guy could not long remain idle. At the undergraduate Andrew’s family came.

The picture of the future

Already from the third year of Frolov began to look bright, but still foggy future of the market, he tried his best together with classmates to clarify this picture. This faculty was established “Institute of private study”, where he studied everything from marketing research to major projects with economic calculations.