Traffic police will reexamine the motorists with expired driver’s license

The traffic police has no plans to reexamine motorists on the knowledge of traffic rules, the term driver’s licenses has expired. About TASS reported the press centre of MIA of Russia. 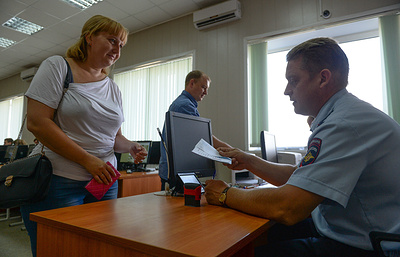 “Currently, amendments to the admission to management of vehicles, in terms of exams when you replace the driver’s identity is not provided,” — said the interior Ministry, responding to a request TASS.

Earlier, the Union of driving schools suggested that the traffic police to require drivers to retake the exams on knowledge of traffic regulations if the term of their driver’s licenses expired. The interior Ministry reported that the Agency has received and will review the document.

“Development and implementation of the state policy in the field of ensuring road safety is entrusted to Ministry of internal Affairs of Russia, which, in pursuance of their powers, makes proposals, including, in order of admission to participation in traffic. This work can be involved and other Executive authorities, organizations and experts in this region”, — concluded in the Ministry.