Supplements will not be

Fasting mice prolongs life. What about the people? 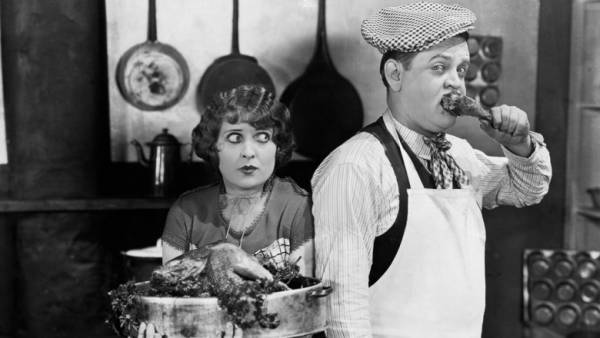 “Who eats little, lives long, for a knife and fork, we dig his grave,” said the count Cagliostro in the film by Mark Zakharov. The relationship between food quantity and lifespan found even in those organisms that knife and fork are not able to use. The question immediately arises: how little need is there? How does it work? And most importantly — what to do if you still want?

Everybody knows that a lot is bad for you. Unless something else is unclear?

Overeat not really worth it, it’s true. When someone in our understanding of “eats a lot”, it receives more energy than it spends. The excess energy is stored as fat. Obesity, in turn, leads to a close-knit company of comorbidities. But now it’s not about that. In 1935 it was discovered that animals that eat less energy than you spend, live longer than their counterparts who abided by the balance. Since then, managed to prolong life in this simple way many animals from yeast and worms to mice and monkeys.

What about the people?

The events of the XX century has provided us with data that nobody ordered. One of those accidental experiments of steel world war. The population of some countries has not incurred any serious losses in the fighting, but at the same time experienced a shortage of food.

So, during the First World war, due to the cessation of trade with the United States and Britain, the inhabitants of Copenhagen had for two years less than usual. After that, the food adviser to the government has estimated that mortality in the capital of the Kingdom of Denmark dropped by 34%.

During the Second World war were restricted in food the inhabitants of the occupied Norway — the number of deaths caused by circulatory diseases fell by 30% compared to pre-war time, according to Norwegian researchers, largely due to the forced diet.

The third unexpected experiment unfolded in Japan. In the late twentieth century, the number of centenarians in Okinawa was 4-5 times greater than in other civilized countries. The mortality rate of the elderly was lower and life expectancy is higher not only in comparison with other countries, but compared to other Japanese Islands.

At the same time, it turned out that the typical Okinawan diet (lots of vegetables and fruits, fish, soy, rice) contains less calories than other regions of Japan, not to mention the USA. However, in the 60-ies of the American soldiers brought with them the culture of fast food; it has penetrated and to Okinawa. As a result, at the beginning of the XXI century born in Okinawa can no longer expect to live longer than others.

Few is how much?

The main thing — not to be confused with calorie restriction starvation and malnutrition. First, people should not be starving. Scientists talk about reducing caloric intake by 20-30% on average. That is, people in this case, it consumes 20-30% less energy than it spends. A logical question arises — why then man is not the end at all? Below we will explain how when food is scarce the body begins to consume resources more efficiently.

8 tricks on how to make pizza healthier

Secondly, you need to diet included a broad group of substances (proteins, fats, carbohydrates, vitamins, etc.). This is well illustrated by the above examples. Why scientists started with the story of the inhabitants of Scandinavia during the world wars? Because, even though they have experienced restrictions on food, their diet was still full. They had the opportunity, for example, fresh vegetables and fish. Same story with the residents of Okinawa.

In fact, the planned experiments with people is also conducted. For example, in the framework of the project CALERIE (Comprehensive Assessment of Long-term Effects of Reducing Intake of Energy — a full study of the long-term effects of reducing energy consumption) volunteers tried for several months to reduce calorie intake by 25%, sometimes combining it with exercise. These studies are recent, so mortality data will appear soon. But at the end of the first experiments it became clear that those who eat less, the decreased likelihood of developing cardiovascular disease and diabetes (that is, in the blood was less than the concentration of substances-markers) compared with the control group. Researched and more severe restrictions in the Minnesota starvation experiment people consumed 40% less than required (on average ate 1800 cal/day, and spent — 3000 cal/day). In this case, the researchers tried to recreate a situation of starvation during the world wars. The results did not look especially encouraging, as to be expected, — weakness, swelling, depression, behavior disorders. However, after returning to a normal diet, they disappeared. But it is interesting that half of the participants in this experiment, reaching 80 years, then lived for 8 years longer than expected.