Scientists from Britain and China introduced a new estimate of the age of flowering plants and tried to explain why previous studies using different methods gave very different results. Details of the study can be found in the journal New Phytologist. 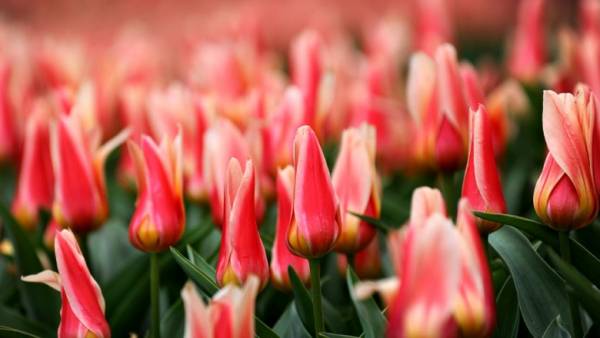 Existing estimates of the time of emergence of flowering plants is done either using molecular methods, either based on paleontological data. Studies of fossils of flowering plants show that they are quite young and became numerous and varied in the second half of the Cretaceous period, along with the spread of insect pollinators. The method of molecular clock pushes the appearance of colors further away from the present moment, allowing you to assume that part of their evolution invisible to paleontologists.

“For the most part the differences in the estimates of the two approaches is the result of a lack of precision as paleontological and molecular time scales,” commented one of the authors, Professor of the University of Bristol Philip Donohue. To clarify data on the development of the plants, the scientists conducted a genetic analysis after collecting the base data from 83 genes to 644 plant species, and calculated the rate of accumulation of mutations in their genomes.

The comparison of these data with palaeontological and work with a mathematical model describing the evolutionary change, showed that the flowers were to appear on Earth in the first half of the Cretaceous period, 150-100 million years ago.