MOSCOW, February 3 — RIA Novosti. The head of the presidential Council on human rights (HRC) Mikhail Fedotov said the reasons for the transfer of the investigation of the case against the head of the Chechen “Memorial” Ouba Titieva at the Federal level, one of them is the statement of the detainee that the drugs were planted on him working in Chechnya by the police. 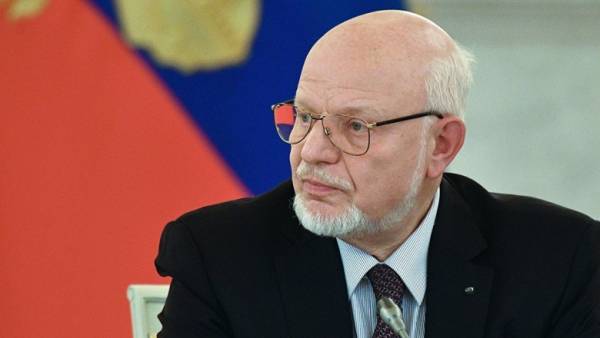 On Saturday, the head of Chechnya Ramzan Kadyrov in his Telegram channel wrote that he considered the talk about the “gear up” business Titieva attempt to provide psychological and administrative pressure on the investigation. He also recalled the earlier information according to which the Commissioner for human rights in the Russian Federation Tatiana Moskalkova has addressed the interior Ministry with a request to refer the case Titieva in GU MVD of the Russian Federation on skfo.

“The reasons for this are two. First, in this case there is a statement Titieva that he these drugs were planted and not just anybody, but the police officers working in the Chechen Republic. The second reason stems from the fact that after the arrest Titieva were two attacks on the human rights center “memorial”, committed in two different regions of the Russian Federation — not in Chechnya, and in Ingushetia and Dagestan”, — said Fedotov RIA Novosti.

Titiev was arrested in Chechnya in mid-January on charges of drug possession. He is charged with illegal possession of 180 grams of marijuana (a big party) and faces up to ten years imprisonment with a large fine. Titiev not guilty and submitted an application to the regional Department of the RF IC on the prosecution of police officers allegedly threw him in the car a package of marijuana.

The Council under RF President on development of civil society and human rights (HRC) had previously asked the head of the Investigative Committee Alexander Bastrykin to review the circumstances of detention, as human rights defenders was reason to believe that the detention Titieva might be related to his human rights work, and drugs in his car could have been planted to compromise.