“Sign of God”. Medvedev joked on the subject of earthquakes in Almaty

ALMATY, Feb 2 — RIA Novosti. Prime Minister Dmitry Medvedev, summing up the session of the Eurasian intergovernmental Council in Alma-ATA, made a joke about what happened there with the earthquake. 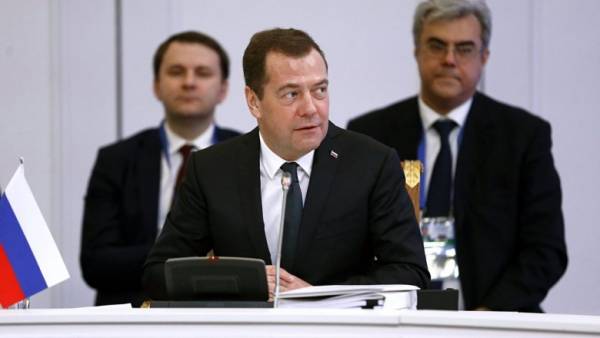 Medvedev also noted that the meeting was held in a warm atmosphere. It has signed all the documents. The Prime Minister congratulated his colleagues with the end of the work.

An earthquake of magnitude 3.7 occurred in Alma-ATA at 15.20 local time (12.20 MSK). Data about victims and destructions.

In the session of the intergovernmental Council was attended by the Prime Ministers of the Eurasian economic Union, which besides Russia includes Kazakhstan, Belarus, Kyrgyzstan and Armenia.