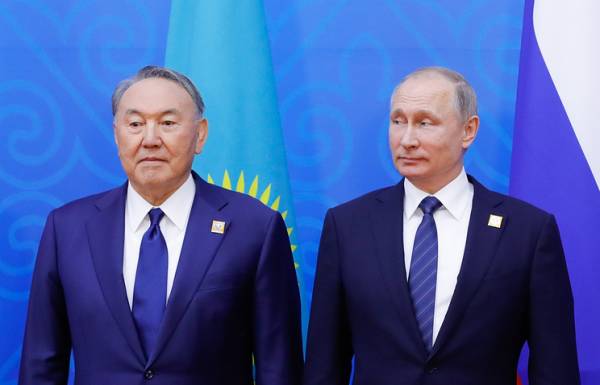 MOSCOW, February 3. /TASS./ Russian President Vladimir Putin discussed by telephone with the President of Kazakhstan, Nursultan Nazarbayev, held in Sochi on 30 January, the Congress of the Syrian national dialogue. This was reported on Saturday the press service of the Kremlin.

“N. A. Nazarbayev congratulated Vladimir Putin on the successful hosting in Sochi a 30 January Congress of the Syrian national dialogue. Stressed that the implementation of the Congress decisions will contribute to the achievement of a political settlement in Syria under the auspices of the UN. In this context, noted the relevance of the continuation of the work in format”, – stated in the message.