In Vladivostok, the ship of the DPRK gave the signal SOS 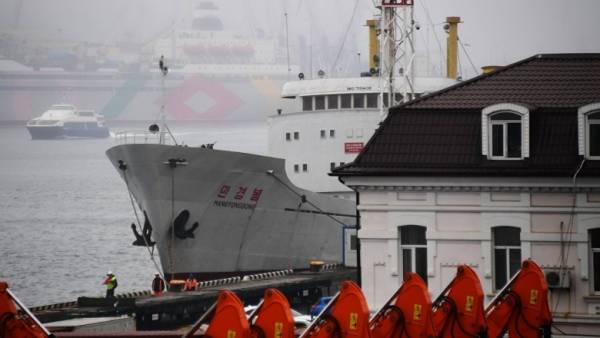 According to the Director of the shipping company “Investstroytrest”, the captain of the ship a day earlier, he sent an emergency radio message, but the reaction to it was not. He also noted that the ship is in the Bay area Pacific city of Vladivostok. According to Baranov, the ship carries the DPRK flour, soybean oil, rice, wheat.

The ship has already left the guards, but now they are unable to approach him because of the ice.Mr Borrowdirect carrier “Investstroytrest”, the representative of the North Korean company freighter Man Gyong Bong “Roskor”

A review of border guards, RIA Novosti is not currently available.

Previously, the carrier already delivered in the DPRK, humanitarian supplies, basically, it was flour and rice. Previously, “Investstroytrest” engaged in the transportation of passengers on the route from Vladivostok to Rason. In August, launched in may of ferry routes between the DPRK and Vladivostok was suspended. In mid-October, sea freight transport between ports on the ship company resumed.